If anyone is searching about what is birdie means in golf then I am a bit sure that the person is new in the golf world or the person is a big fan of golf. I like to congratulate the person. However, let us start with the main topic of why we are here today. 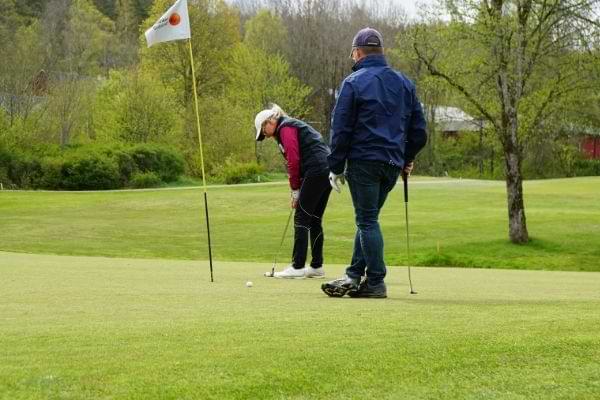 What is a birdie in golf?

Before we begin with the terms related to the par we should discuss about the part itself. The par is a very simple term. Almost all the beginners and the fans know about this term I hope. But if anyone does not know about this then they do not have to feel guilty.

Birdie- Simply birdie is called when a player hits the hole with one stroke under par. If it still seems complicated then here is an example that will clear things. Suppose the number of par to complete a hole is 4. If anyone hits the hole with 3 par then it will be called a birdie. The player will feel superior to others who took 4 par to hit the hole.

In 1935 during the final round of the Masters Tournament, the Gene Sarazen hit the first ever popular albatross. Achieving the albatross is very difficult. Therefore only fewer players can achieve the albatross in the game. A player who achieves the albatross must enjoy oneself and must celebrate.

Ace- This is the top score in golf. Only players with extremely high skills can achieve the ace. Those types of players are known as legends. The ace occurs when a player hits the hole with just one shot. Generally is can be seen on the par 3 or par 4 holes. The player who hits the hole with just one single shot will get a '1' tag on the scorecard.

Also, there is a rule that says if anyone hits the whole with just one shot then the person has to buy an adult drink to the person's group to celebrate. I feel like this is definitely an improper rule. The group members should buy a drink for the person who achieved the ace.

The above described terms are known as achievements. These will improve the score and a player who achieves one of these will be known as a skilled player. Others will appreciate those players.

After reading the terms of the achievements now one may be wondering what would be the terms if a player takes more shots to hit the hole. The term known for using extra stroke to hit a hole is Bogey.

Bogey is common in every tournament. But double bogey, a triple bogey, and so on will hamper the performance and score of a player. Also, these reduce the confidence of a player.

Here is a table for the scoring term and the meaning of the term in short.

Hope that after reading the above part thing have gotten quite easier to understand. Now one may be able to understand how the scoring happens in golf. The score of a player is determined by comparing the number of strokes the player took to hit the hole with the defined par for the hole. If a player takes two strokes more than the defined par and still unable to hit the hole then the player should leave the hole and proceed to the next par. Because there is no possibility to get any point from that hole. After completing the round the total number of the player is given by combining all the scores the player achieved for each hole.

Here is a table of the numbering system specified by the USGA.

This is also known as the traditional scoring system. Here the highest number a player gets is 6 which is for condor or for 4 strokes under the defined par. Basically, the condor is seen in the par 5 holes or more.

On the other hand, the lowest point is 0. If a player takes two or more than the defined par then the player gets 0. In other words, it can be said that the player has no chance of scoring in this hole anymore.

In professional golf, the traditional scoring system has been modified. The modified golf scoring systems lead the golfers to play aggressively. You will understand why I call it an aggressive play after you see the scoring table.

Here is the table of the modified scoring system.

I hope that you have understood why I called it an aggressive play. According to this scoring system if a player hits the hole with 3 under par then the player gets +8 points which a huge achievement for a golfer. Therefore all the players will try to hit the hole with under par which leads the game to be aggressive.

History of the birdie

According to a pass down history, in 1899 two brothers named Ab Smith and William Poultney and one of their friends George Crump were playing together at the Atlantic City Country Club. Ab Smith hits the ball and came six inches close to the cup within the 2nd stroke of par 4. After that, he told that "My ball is so close to the cup I say it is a birdie of a shot. I suggest whenever one hits a ball with under par that player receives double compensation." The other two golf members agreed on that. The Atlantic City Country Club is a resort. At that time there were many American golfers in that resort. The term birdie caught their eyes and it spread all across the American golfers. As it was a fancy name all the American golfers liked it and approved it. MIn the 19th century, the term birdie was used to be the equivalent of calling something cool and excellent. After the term birdie spread following the term birdie golfers invented eagle, albatross, and so on.

Some of the caddies are called fore-caddie. These types of caddies would not carry the golfer bag and they may ride by on a cart. They will locate the ball for the golfers and advice the team on how to improve the game.

Fore- If a golfer strokes the ball without knowing the situation and if there is a golfer standing ahead in the course then the player who stroked the ball will shout fore. The term is used to alert the golfers who are in danger ahead. Whenever you hear a golfer is shouting fore then run without thinking anything and take cover in a safe place.

Tee box- The term tee box is known by all golfers. It is the place from where a player tees off for the hole. However, if one is a beginner then the person must know that the person should tee off the ball from behind the tee mark, or else the person will get one shot penalty.

Fairway- There is an area in the course between the tee off place and the green. The palace is known as the shorter mown area. The area is suitable to hit reach the green with ease. Also, golfers will be able to understand which club they should use to reach the hole. This area is known as the Fairway.

Rough- The term rough is used for those areas where the grass is very long. Basically, it is the area around the green and the fairway. A golfer must try their best to avoid hitting the rough or else they will face too much difficulty to take their next shot.

Green- The area where the cup and the flag are situated is known as green. A player should try to hit the green with fewer shots. It will help the player to score low.